We know stories, and any technology is then just a tool for us . Be it projection mapping, virtual reality, augmented reality, LED displays , you name it, we know it. 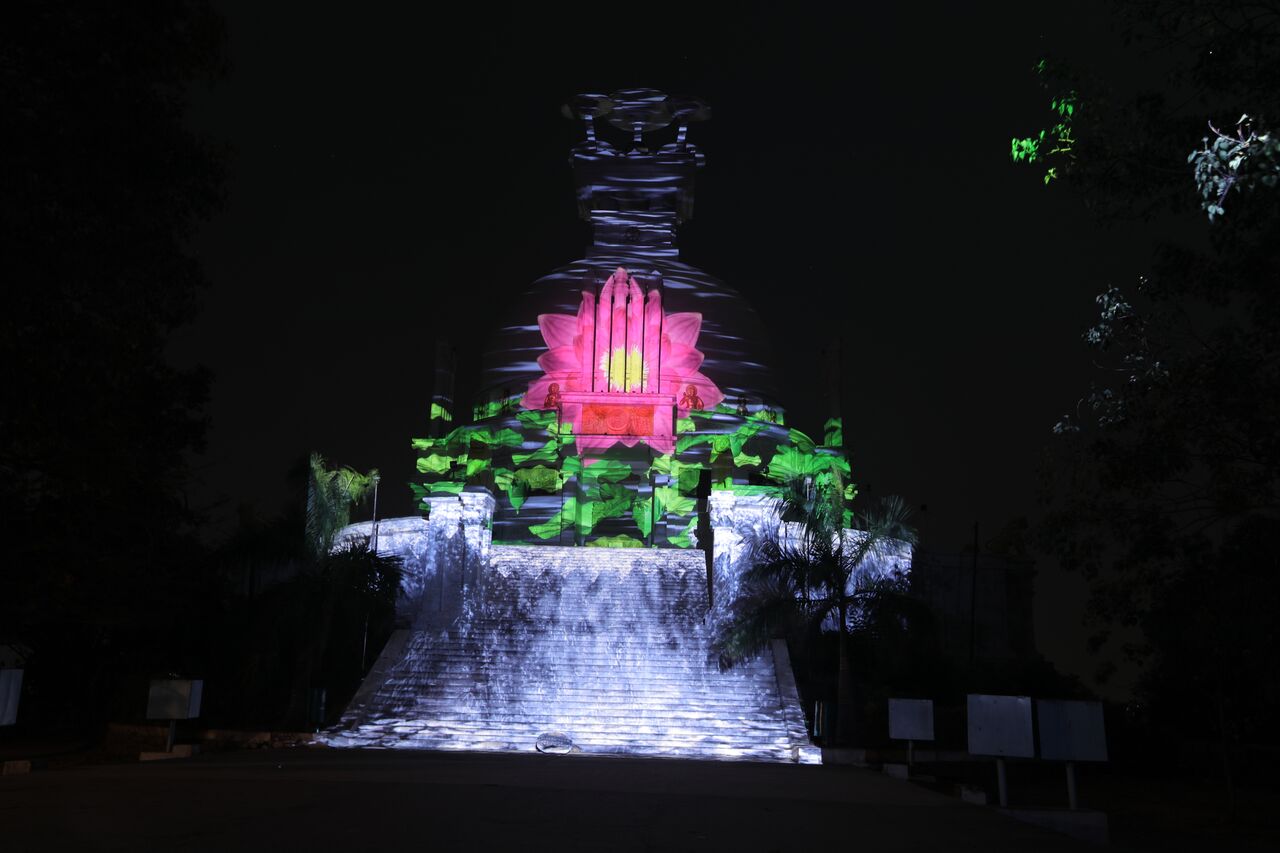 Venue: Vishwa Shanti Stupa, Dhauli, Bhubaneshwar, Orissa
Inaugurated by the Hon’ble chief Minister Naveen Patnaik, this 35 minute spectacular showcases the glory and valour of the Kalinga Empire and moves on to the bitter Kalinga War at the banks of the Daya River in Dhauli . Though King Ashok emerged victorious but the bloodshedmade him question the futility of war and thereafter his transformation from Chandashoka to Dharmashoka and his conversion to Buddhism.
This USP of this show is how we collaborated with the internationally acclaimed artist Maria Rudd and incorporated an element of ‘live painting,’ where the viewers feels as though the monument is being painted live, right before their eyes. Renowned artists KabirBedi, (Late) Shri Om Puri, BijoyMohanty have lent their voices to bring the show alive! 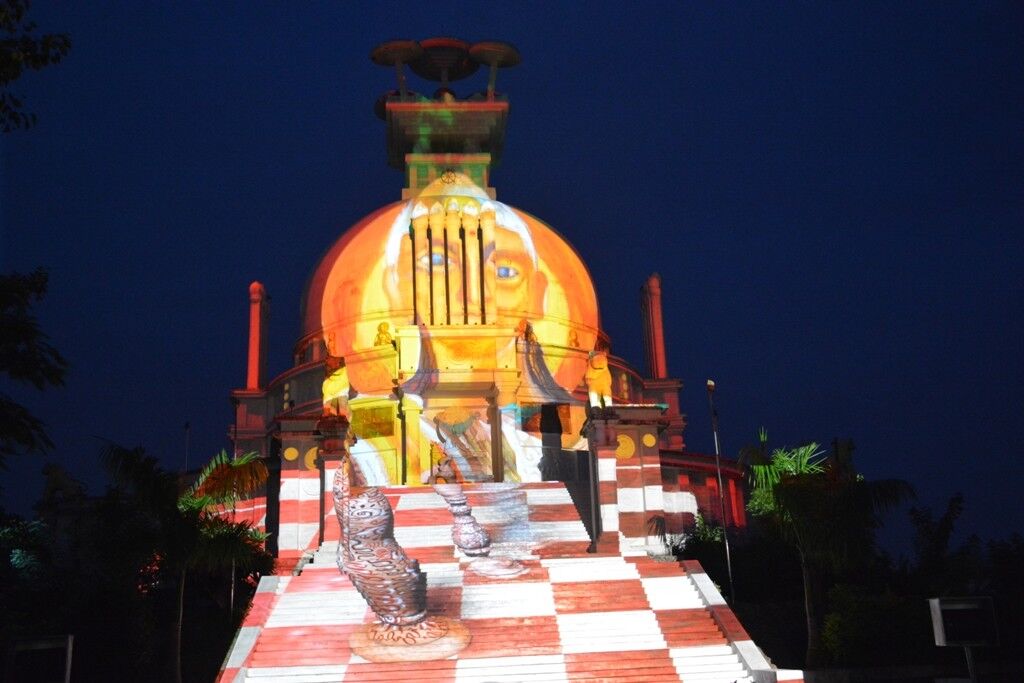 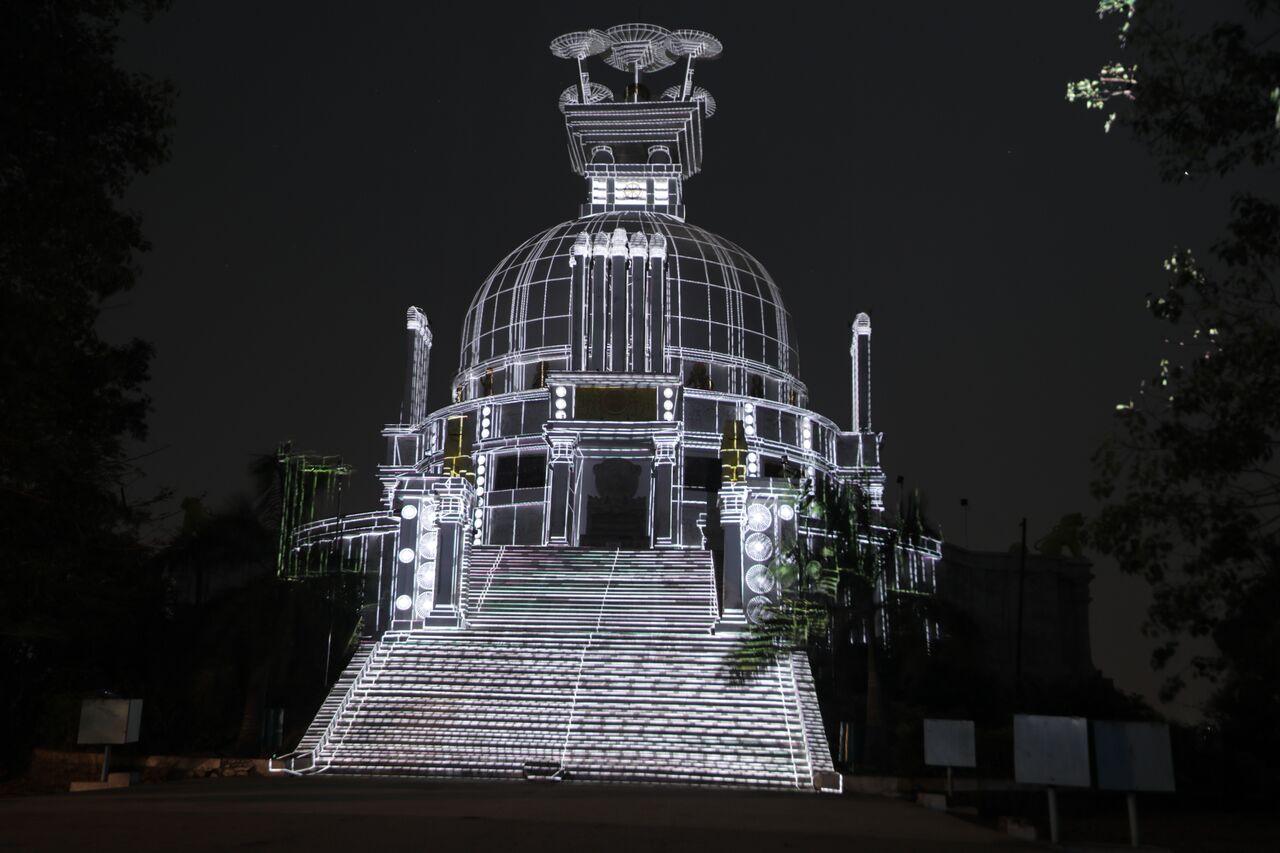 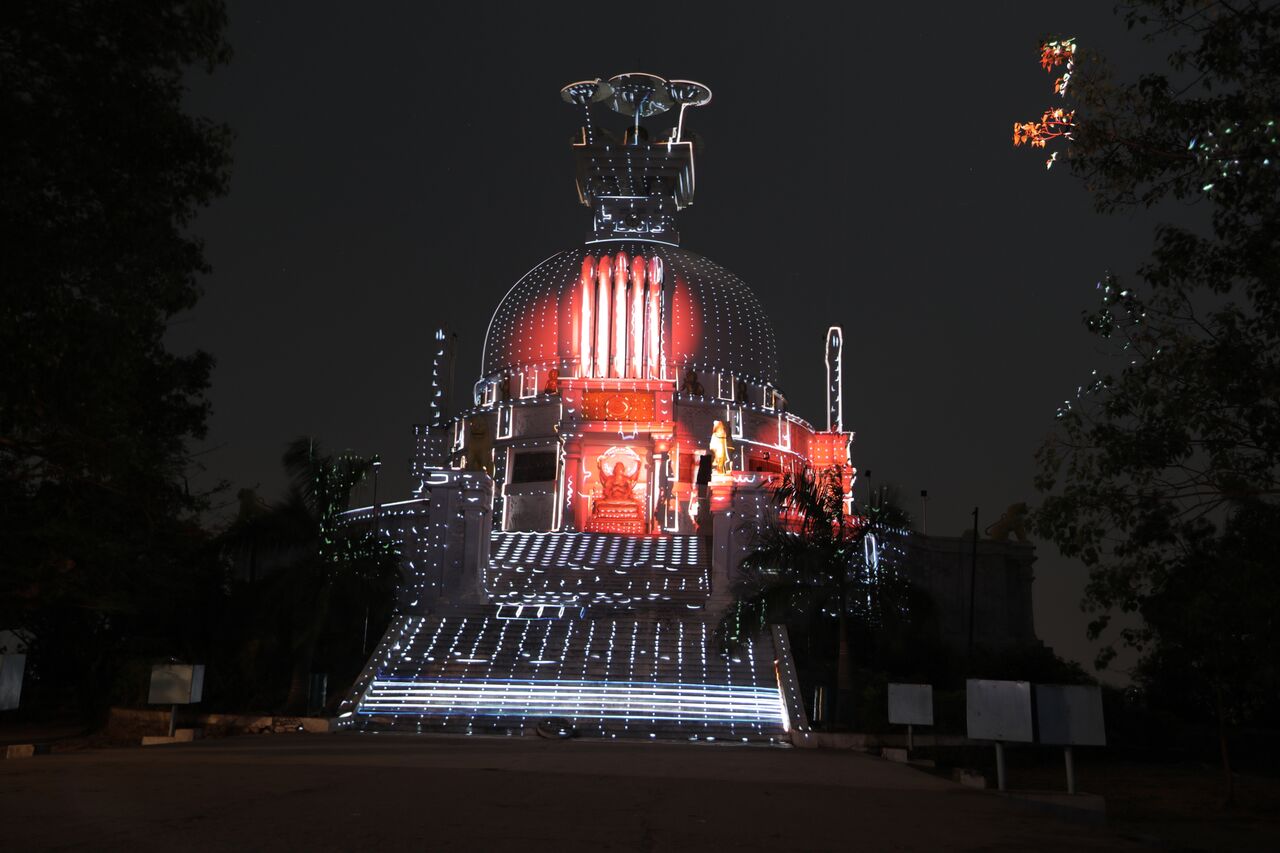 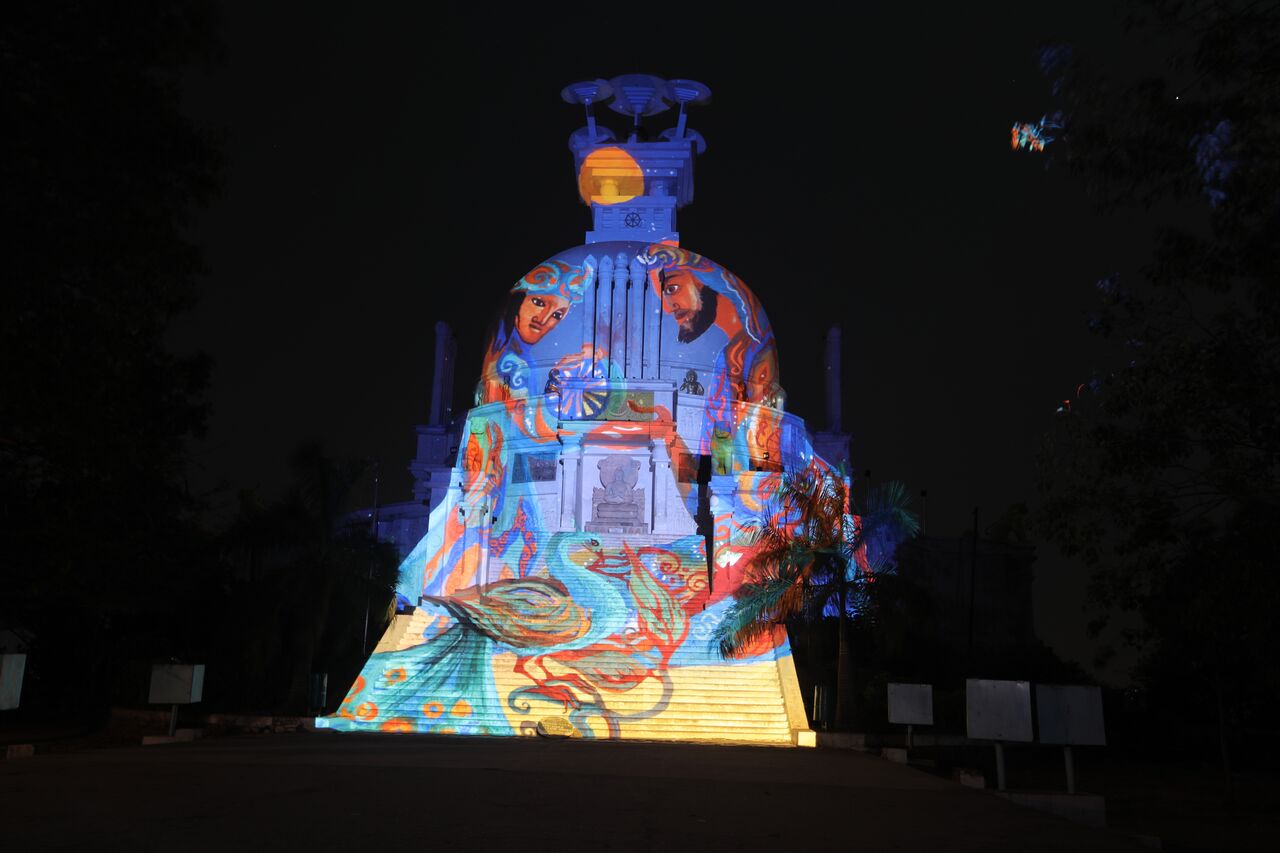 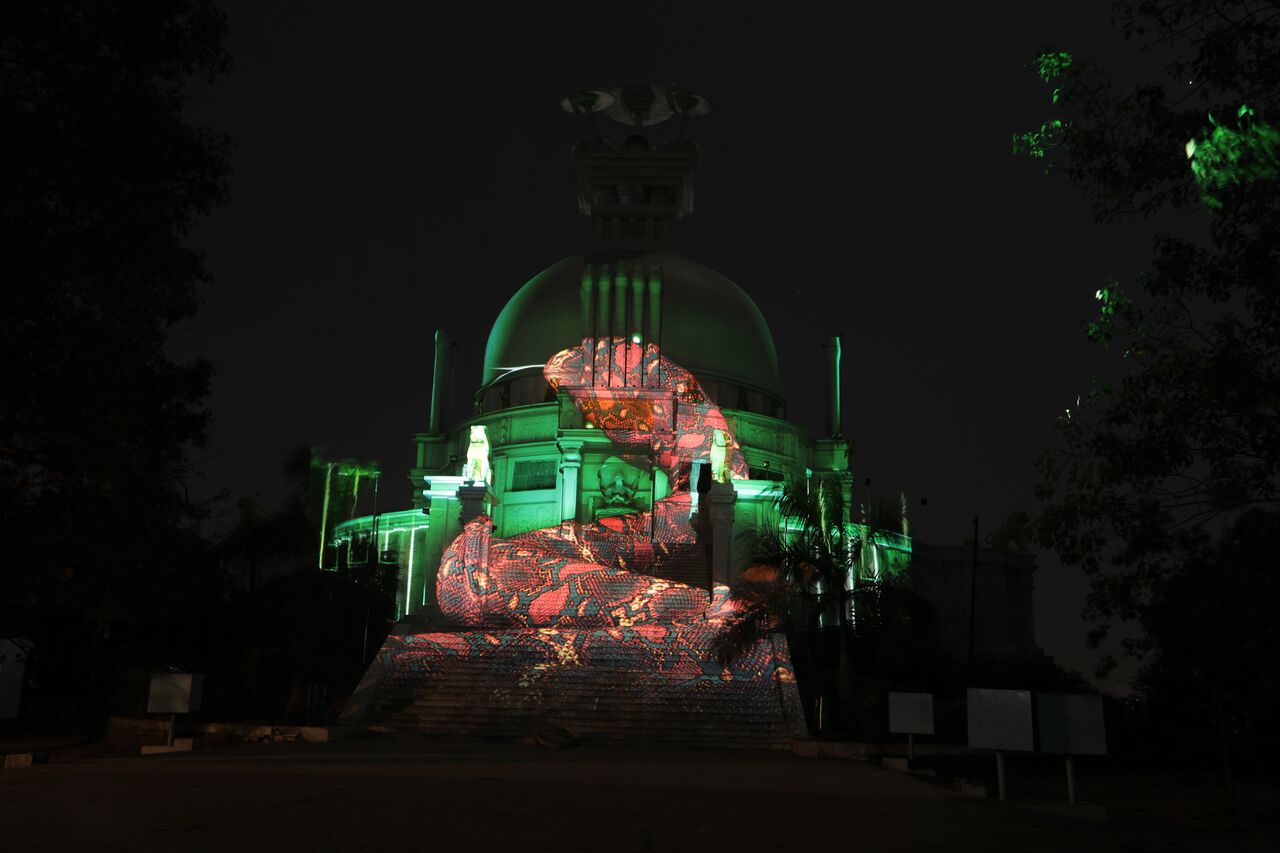 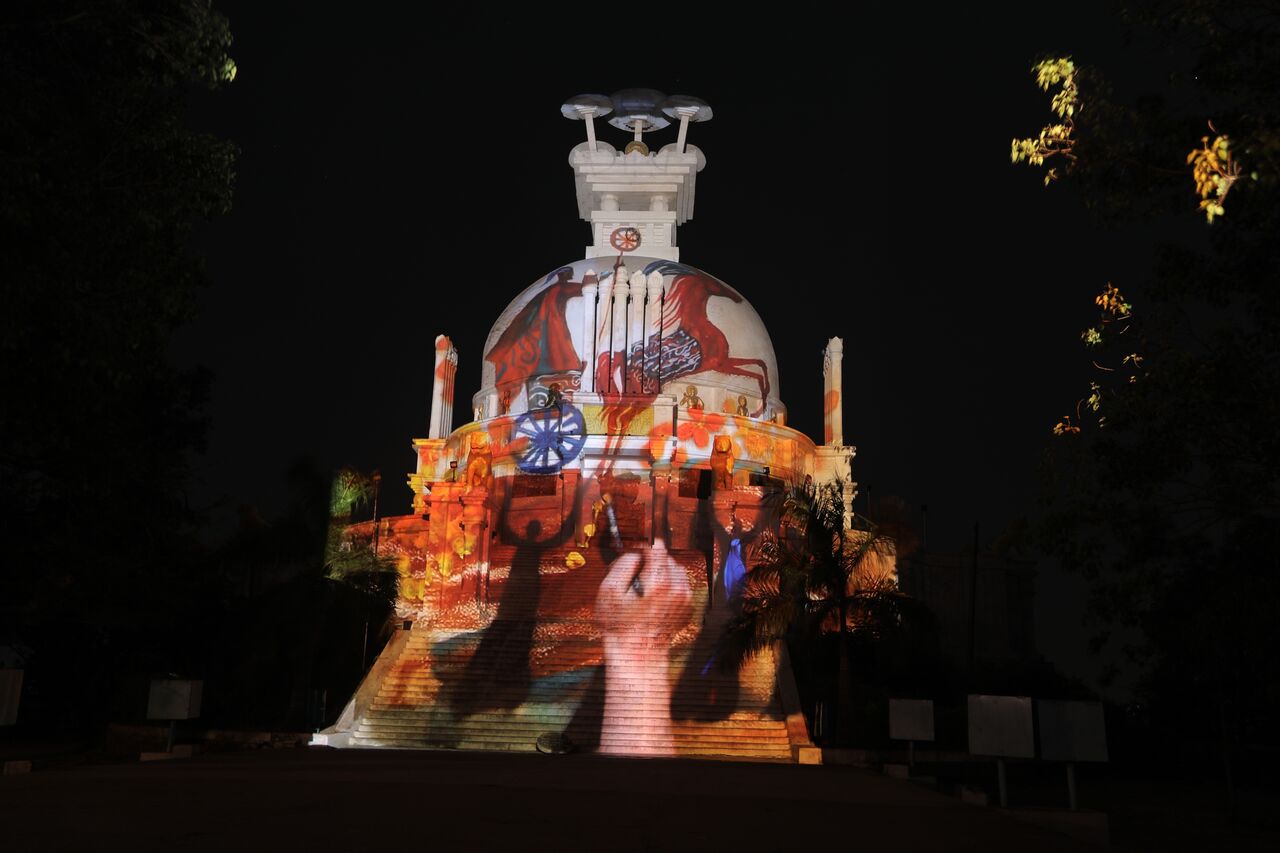 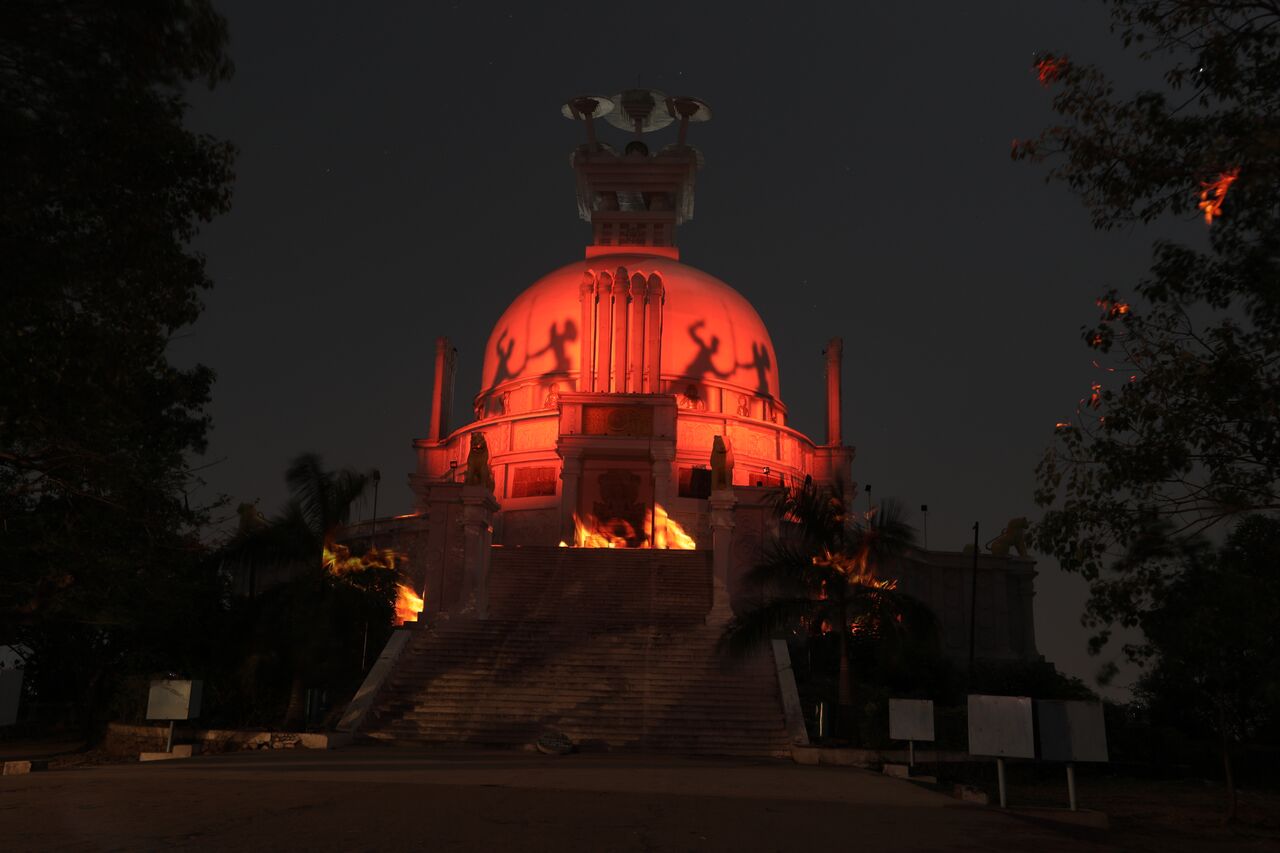